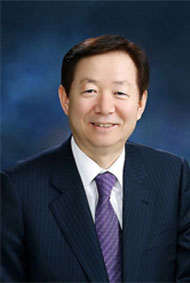 I would like to begin by expressing my sincere gratitude to President Yamaguchi for graciously hosting the 17th Hokkaido University and Seoul National University Joint Symposium and also to the university staff for its outstanding dedication in preparing this event. I would also like to mention the continuous joint effort of the former President of Seoul National University, Prof. Yeon-Cheon Oh, without whom this symposium would not have materialized as it has today.

I believe the theme of this year’s Symposium, “University’s Role in Contribution for Developing Countries and International Cooperation” is both timely and a crucial issue at hand for Seoul National University and Hokkaido University. This year’s symposium will make us deeply ruminate on our universities’ roles as well as set a prospective path for future developments.

As globalization pervasively influences the roles of universities, universities are now challenged to reinvent themselves to being socially and globally responsible and to carry agendas that do not merely concern the individual university’s interest, but contextualize its direction with global issues for collective benefits.

Higher education institutions in Korea and Japan also face these challenges. I would like to share Seoul National University’s role in the contribution to developing countries by giving two examples.

First, since 2011, Seoul National University has organized the Asian Universities Forum (AUF), which is attended by 30 prestigious university Presidents from 16 developing countries in Asia. AUF was initiated with its hopes to act as a facilitator or bridge between developed and developing countries, reflecting the fact that education played a key role in the national development of Korea. In the first forum, the Presidents of the member universities signed a ‘Joint Declaration’ which states a commitment to continuous cooperation and collaboration in education and research. The network of higher education institutions will contribute to the advancement of scholarship and research for the benefit of Asia and all humanity.

I hope the programs of this year’s Symposium will be nurturing for us all.

Thank you very much.